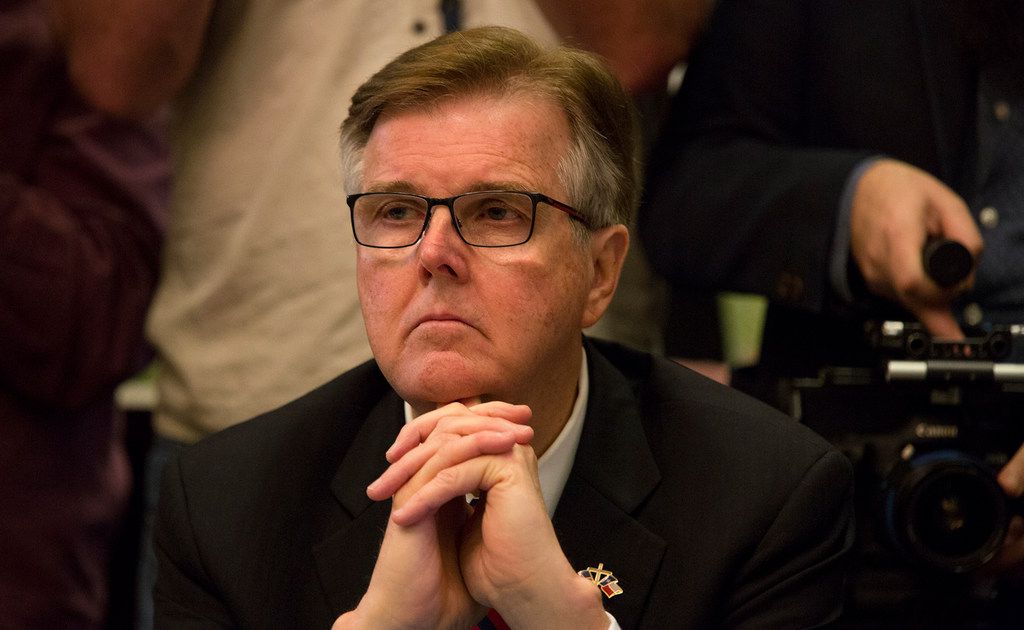 
It was almost midnight. The windows at night were dark, as was the ambience inside the Senate chambers. With minutes before the deadline when the Texas legislature could no longer vote on the bills, Lt. Gov. Dan Patrick publicly denigrated members of the House who had ignored him.

Patrick was irritated because almost all of us earned a $ 350 credit on our electric bill. Almost. But as soon as the idea got out of the Patrick State Senate, it was cut off by the House.

The rejection by the House leaders annoyed Patrick, and as a true Texan might tell, he put his hat on at a fighting angle.

“They ignored us,” he complained to his colleagues.

He made a final attempt to gain House approval by using nearly $ 3 billion for credits of $ 350 to electricity customers served by grid operator ERCOT. The money would come from an existing state tax on gross utility revenues. The credit would have helped around 25 million residential customers served by ERCOT.

Internal invoice managers told Patrick’s negotiators it was too late, Patrick recalls. The message was, ‘We’re out of time. “”

Molly Ivins once said, “I see Texas as a laboratory for bad government.

This was on display last weekend in Austin. Like fifth-graders who save important homework for the last possible moment or not at all, Texas lawmakers often save important things for the last hour before the deadline. Maybe they work best under pressure, except that in fact they don’t.

This practice of delaying decisions until there is too little time to debate leads to bad laws. Rush allows for last-minute secret deals and opens holes for lobbyists to sneak in quick last-minute amendments that make their corporate clients too happy. In the end, bills come in so quickly that lawmakers don’t have time to read them.

Often, when lawmakers finally step up a gear, it’s too late to know what’s really going on. Example: Who knew Patrick was pushing a last minute loan of $ 350? It didn’t attract attention. But that credit would certainly alleviate some of the pain caused by lawmakers’ decision to allow the borrowing of billions of dollars in bonds.

The money collected from the bonds will be used to pay the unpaid bills of utility-related companies that fell victim to the February freeze. Not your bills.

You and I are considering surcharges for these obligations on our electricity bills that we may pay for the next 30 years. How much are we going to borrow now, at what interest rate and what type of repayment? Nobody knows. Cue bond attorneys.

The last days and hours are called a legislative deadlock, except it is Members’ bills, not newspapers, that seem to be falling everywhere. Only the strong survive.

One of the most famous examples of pushing things to the last minute occurred in 1991. With eight minutes until midnight on the last night of the session, lawmakers approved a state sales tax of 2 %. Hey, sales tax: Happy 30th birthday.

None of the electricity bills about to be promulgated by Governor Greg Abbott will help you like this credit would. The bills that have been passed will not prevent summer brownouts and winter blackouts for at least 18 months.

The (p) UC goes from three to five members. The ERCOT will be subject to increased political control. The weatherization of critical parts of power generation and transmission systems will begin, but not immediately. A statewide alert system will be put in place. And critical life and death locations will be marked and protected during power outages.

What’s in it for you?

A session to remember

A lot has happened in the last days. House Democrats only stepped out for the fourth time in state history. The House has adjourned for two full days in the past week to give the light government across Capitol Hill a homemade version of a spanking.

You can carry a gun without going to a half-day course. Abortions are practically prohibited. Transgender people are left alone, for now. An electoral bill promises more unrest in an upcoming special session, which will be announced soon.

Perhaps the only real surprise came when Abbott threatened to veto paychecks for the entire legislature, starting with the new fiscal year on September 1. Can he do this? Can an executive branch finance and destroy a legislative branch, including all of its support staff? Not in my America.

But what I will remember most is the bitterness in the voice of the light government when it came to the Senate and repeatedly berated the House for withholding electricity bills until last hours.

“You can’t take two days off with five days to go,” Patrick said. “You put yourself in a box where you are faced with a deadline. “

He added: “We passed the bills in April and got the bills back in five days without having time to negotiate with the House.”

Note: Members of the House will tell you the same thing happened to their bills sent to the Senate.

Although the House debated a minute before passing the big bond bill, the Senate spoke bitterly about it. The House sent the bill the day before at midnight. By mistake, the $ 350 credit was put in a draft. But he would fly away into the darkness.

Senator Roland Gutierrez, D-San Antonio, said: “Last night, with five minutes remaining, we were told to accept what they sent us or else.”

Or ERCOT would not be able to pay its bills, we are told, and the state grid would be more threatened than it already is.

Gutierrez recalled: “We have lost 200 people. People froze in their homes. $ 110 billion in property damage. A credit of $ 350 is the least we can do.

Then the senators scrambled and just before midnight voted 26-5 to approve the unknown billions of bonds. It was too late to make any changes.

We are told that borrowing $ 4 billion to $ 5 billion in bonds will make businesses and utilities whole. In one scenario, the Texans will pay everything back in 30 years. Mark your calendar for the year 2051.

The sad part is, you could do an autopsy on almost any bill that lives or dies, and it’s never pretty. Take Patrick. I don’t want to mark him as a hero in this story. He accuses the House of delays. But remember, he didn’t unlock his $ 350 credit until the last few days.

In the end, only results matter. In this case: Businesses, yes; consumers, no.

Yes, a laboratory for bad government. But apologies to the ghost of Molly Ivins. It hurts too much to laugh.

Become a citizen of Watchdog Nation.

Join Dave Lieber and learn how to be a super consumer.

Subscribe: PLEASE support The Watchdog’s straightforward journalism brand designed to save you time, money and aggravation. Treat yourself to a digital subscription (and make it look good!) Using the special Watchdog code: https://dmn.pub/WATCHDOG

Do you use facebook? Connect with The Watchdog on our Facebook group. Search for “Dallas News Watchdog Posse”.

The morning news from Dallas The Watchdog Column is the 2019 winner of the National Society of Newspaper Columnists’ top column writing award. The contest judge called her winning entries “models of storytelling full of suspense and public service.”

* Help the widow of Officer JD Tippit, the Dallas Police Officer killed by Lee Harvey Oswald, to be buried next to her late husband