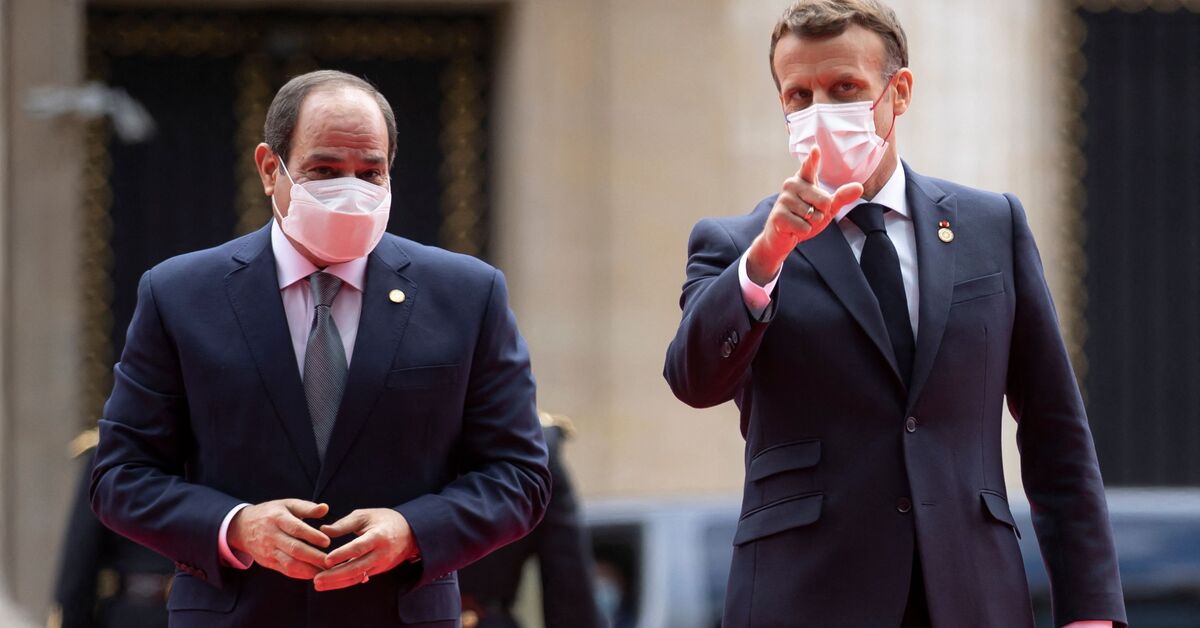 Egypt to use IMF account to help reduce Sudan’s debt


Egypt announced its participation in the international initiative to help Sudan develop economically by leveraging Cairo’s quota with the International Monetary Fund (IMF) with the aim of enabling Sudan to repay part of its outstanding debt.

In a speech delivered on May 17 at the Paris Conference to support the transition in Sudan, Egyptian President Abdel Fattah al-Sisi said: “Egypt will participate in the debt relief initiative to help Sudan obtain relief through the use of Egypt’s share in the International Monetary Fund. “

He also said: “The conference comes at a turning point in the modern history of Sudan to consolidate the achievements of the December conference. [2018] revolution, which marked the beginning of a new era, and opened horizons of hope for the future for the brotherly Sudanese people. “

Alaa Zahran, head of the National Planning Institute – the research arm of Egypt’s Ministry of Planning and National Development – told Al-Monitor by telephone that Egypt’s announcement that it will use its quota- IMF share to help Sudan will not affect Egypt’s future borrowing opportunities. . Egypt’s quota is estimated at $ 6 billion.

Sudan aims to pay off its external debts owed to international financial institutions, official bilateral creditors and commercial creditors, amounting to approximately $ 50 billion. Sudan has obtained loans from Western states to help it pay off some of its debt arrears, according to a Reuters report.

In April, Washington and the IMF called on more than 20 countries to fully support Sudan’s debt relief process, stressing that the country had made progress in implementing reforms at the macroeconomic level.

As a result of all this, the IMF and the World Bank say Sudan is now eligible for debt relief as part of a Heavily Indebted Poor Countries Initiative.

Salah Fahmy, an economist at Al-Azhar University, said using the Egyptian quota at the IMF for the benefit of Sudan would secure new opportunities for Sudan to borrow from international financial institutions.

Mahmoud Mohieldin, one of the IMF’s 24 executive directors, said all countries in the organization have an emergency account that can be used in the event a country defaults on its loans, as this s ‘is produced in Sudan. He said another country can make deposits to this sub account to help the defaulting country pay off its debt.

It also reflects the weight of the Egyptian economy in the global economy, he said, adding that Egypt’s aid to Sudan gives the Egyptian state marketing power in international fora and organizations. administrative advice. He said the Egyptian economy has been able to withstand the coronavirus pandemic and ranks sixth among the world’s 18 fastest growing economies, according to an IMF report submitted at spring meetings held. in April.

Fahmy said Egypt’s growth renews the confidence of local and foreign investors in the Egyptian economy’s ability to handle crises. He said that the risks facing the Egyptian economy still lie within a safety margin and that Egypt, through the implementation of an economic reform program over the past three years, has moved on. reinforced against internal and foreign shocks.

On May 16, Sisi met Lieutenant General Abdel Fattah al-Burhan, Chairman of the Sudanese Sovereignty Council, in Paris. Sisi stressed during the meeting Egypt’s commitment to support the measures taken by the Sudanese government to achieve economic stability, get rid of its accumulated debts and reduce its financial burdens.

Sisi welcomed the steps taken by Sudan towards structural reform of the economy, which reflects a real political will to make the transition a success.

Sisi said Egypt was ready to share the Egyptian experience of economic reform and train Sudanese officials and workers.

Zahran said the world must come together to create a global fund to support countries affected by disasters and emergency crises such as the coronavirus pandemic. The fund would be similar to the Climate Change Fund so that each country participates with a share commensurate with the strength of its economy to support affected countries and peoples, he said, adding that low-interest loan funds who would be involved would have specific conditions for fundraising expenses.

How To Get The Best Debt Consolidation Interest Rate