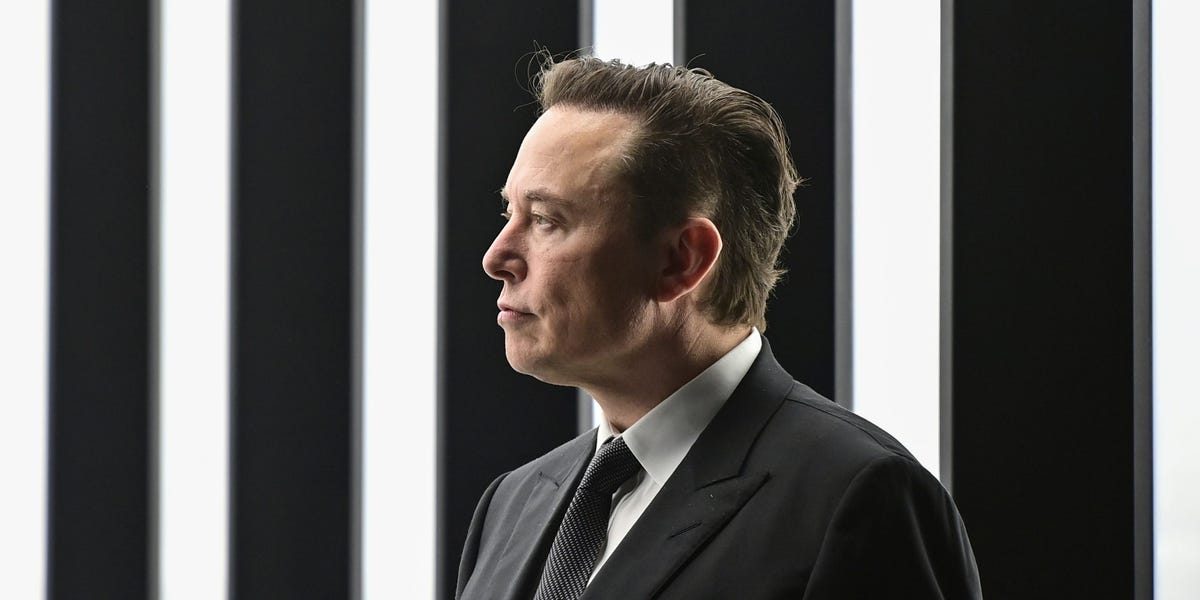 Elon Musk’s $12.5 billion margin loan to buy Twitter is risky even for him

Last Thursday night, Elon Musk decided how he was going to finance his hostile takeover of Twitter. He gave Morgan Stanley, his longtime bank, less than a week to raise the loans needed to buy the social media giant, a source familiar with the matter told Insider.

In six days, Morgan Stanley finalized $25.5 billion in debt commitments, which were revealed in a Filing with the SEC today. The loans include $12.5 billion secured by Musk’s Tesla stock and an additional $13 billion that will be loaned to Twitter if Musk is successful. The richest person in the world has agreed to cover the remaining $21 billion.

Interest from banks to participate in the loan was high – given another week to arrange the financing, “the whole street” would likely have participated, the source told Insider.

A representative for Musk did not respond to Insider’s request for comment in time for publication.

Multi-billion dollar margin loans are unheard of, even for the wealthy

Margin loans of this size are usually given to corporations. For example, SoftBank recently took a $8 billion loan secured by its shares in its semiconductor unit, Arm. It is unheard of for an individual, even a billionaire, to get a $12.5 billion margin loan. With a loan-to-value ratio of 20%, Musk will have to pledge about 64 million Tesla shares — about a third of his stake — as collateral.

Securities-Based Lines of Credit (SBLOCs) are typically used by wealthy individuals to finance their lifestyle, such as to purchase real estate, without disposing of stock or incurring

Musk, a reputedly “cash-poor” billionaire, has borrowed against Tesla stock for years. As of February 12, 2020, according to Tesla’s latest prospectus, it had $548 million in outstanding balances with Morgan Stanley, Goldman Sachs and Bank of America.

It’s a risk for Musk and Tesla shareholders

in a day – is a risky move. According to margin loan commitment letter, if the value of the pledged shares falls to $35.7 billion or less, Musk would have two business days to provide more collateral, repay part of the loan or sell shares as collateral. (He’s also on the hook for almost a billion dollars of debt service annually, as calculated by Bloomberg’s Matt Levine.)

Margin calls can harm shareholders if the borrower chooses – or is forced to – sell shares. For example, in 2012, after shares of Green Mountain Coffee Roasters fell, company chairman Robert Stiller had to sell 5 million shares because of a margin call of Deutsche Bank. It was dismissed as chairman of the board to sell shares during a blackout period.

Banks can also take significant hits on these loans. In 2017, four banks, including Bank of America, reported more than $1 billion in combined losses following a $2 billion loan to Christo Wiese, then chairman of South African retailer Steinhoff International Holdings, as the reported the Wall Street Journal. Pledged shares of Steinhoff, owner of Sleepy’s and Mattress Firm, fell after the company disclosed accounting irregularities.

Some companies prohibit insiders from pledging stock to secure personal debt to protect shareholders. Tesla has a policy that limits loans to 25% of the value of the pledged stock to mitigate risk.

Asked about the potential risk of the loans, the source told Insider it was a vote of confidence in Musk’s decision to buy Twitter.

“The general point is that the reason this has been so well received by the banking group is that people think Twitter is an incredibly strong asset,” they said.

The source compared the term loan to fund Twitter to the leveraged buyout of software giant Citrix.

Morgan Stanley, the main lender, loaned Musk for more than a decade

But Musk is no stranger to risk, and he has longstanding ties to Morgan Stanley, which has provided him with loans since May 2011, as noted in the Tesla article. Prospectus 2016. As lead arranger among 12 banks, Morgan Stanley committed $5.5 billion between the margin loan to Musk and theready to twitter subject to recovery. The head of Musk’s family office, Jared Birchall, worked for Morgan Stanley from 2010 to 2016 before leaving to run the company, which is called Excession LLC.

Other banks involved in the margin loan deal include Bank of America and Citibank.

There were two notable exceptions: JPMorgan and Goldman Sachs, which have given personal loans to Musk in the past. The two have a conflict of interest as JPMorgan has a Revolving credit facility with Twitter, as noted in a exposure in the filing, and Goldman Sachs is advising Twitter.

Test new methods of payment by Palm, and with a chip implanted in the hand