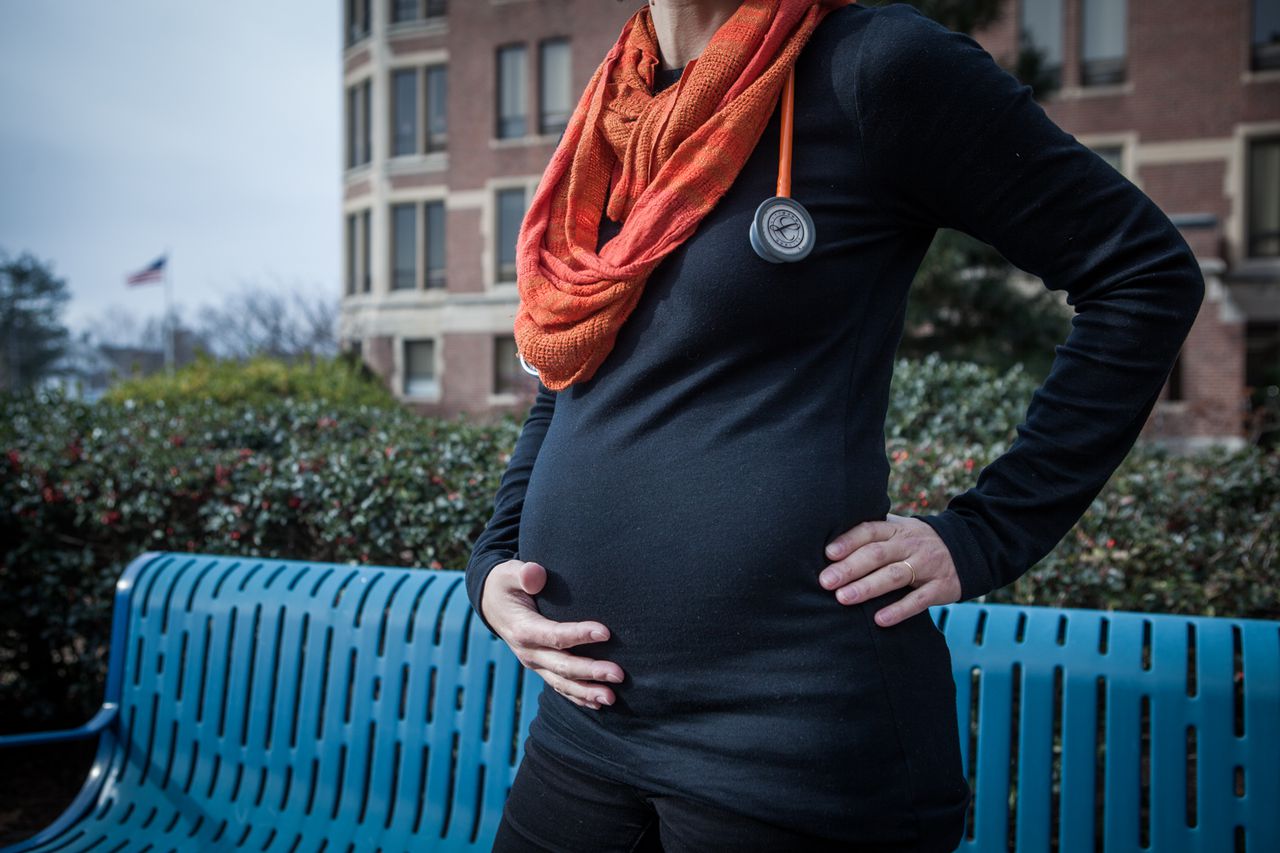 A team of doctors from Baystate Medical Center have come together to dispel myths and develop a guide called Decision Support for Pregnant Women Who May Receive the COVID Vaccination.

The Centers for Disease Control and Prevention recommends the use of two vaccines to fight COVID-19, the Pfizer-BioNTech and Moderna vaccines, both of which have received emergency clearance from the United States Food and Drug Administration.

More than 30,000 people have participated in Moderna’s clinical trials and approximately 44,000 in those of Pfizer-BioNTech. However, none were pregnant, and data on the response of pregnant women to vaccines is still being collected during the first round of healthcare workers’ vaccinations.

A recent poll conducted by USA Today and the University of Suffolk between December 19 and 20 found that nearly half of those polled would be ready to take a federally approved vaccine as soon as possible, 32% said they wanted wait and 20% would refuse. The poll surveyed 1,000 registered voters and has margins of error of plus or minus 3.1 percentage points.

Elizabeth Schoenfeld, Baystate’s emergency medicine doctor and emergency department vice president of research, told MassLive that the mere fact that the COVID vaccine was developed quickly should not be of concern.

A key consideration for the speed at which this vaccine has been developed and approved for use is the funding, money has been poured into the race for a COVID vaccine, setting aside the usual financial woes that pharmaceutical companies face. In addition, the demand and urgency are high.

The post was reported on the social media platform and “independent fact-checkers said this information lacked context and could mislead people.”

The Pfizer-BioNTech vaccine which was approved by the FDA on December 11 as part of emergency use authorization is a nucleoside-modified messenger RNA, also known as mRNA. This form of vaccine has been studied for decades. MRNA vaccines do not contain the live virus that causes COVID-19 and therefore cannot give someone COVID-19, say CDC, FDA and Advisory Committee on Immunization Practices to name a few.

Division of Infectious Disease Specialist at Baystate Medical Center Amanda Westlake explained that the mRNA vaccine contains a genetic code that produces a viral protein. Once injected, a person’s muscles will translate the code into a viral protein that mimics the coronavirus and gives the body’s immune system a chance to adapt and prepare for the possibility of contracting COVID-19.

Other mRNA vaccines have already been studied with viruses such as influenza, Zika and rabies. As soon as the necessary information about the virus that causes COVID-19 became available, scientists were able to design the mRNA instructions for cells to build the protein in an mRNA vaccine.

Schoenfeld went further by explaining that comparing the coronavirus with epidemics like AIDS is not helpful. She said people infected with the HIV / AIDS virus may go undiagnosed for years.

In the United States, more than one million people are living with HIV and more than 700,000 people with AIDS have died since the start of the epidemic. Between 2010 and 2015, 15% of the population did not know they were infected with HIV, according to the CDC.

“But when there is a disease as widespread as COVID, you can do a vaccine trial much faster,” Schoenfeld said. “The other thing everyone should remember is that they are always collecting data, so they will have more data to present as the months go by and the CDC is collecting data on all of us who have received it. . “

On Wednesday, the CDC reported that just over a million vaccines have been administered in the United States and, although more people are receiving the vaccine, more data is being collected, according to Schoenfeld.

“Everyone who has received a vaccine has had the opportunity to provide their own data to the CDC,” Schoenfeld told MassLive. “That is to say [for] both pregnant and non-pregnant women.

“For me and baby number three,” Baystate emergency doctor Lauren M. Westafer wrote on her bandage after receiving her vaccination Dec. 18.

Westafer is one of more than 330,000 healthcare workers in the United States who the CDC believes to be pregnant or postpartum and able to receive a vaccine and is also part of the team that developed the decision support . She also enrolled in the CDC study

“I was personally attacked for my decision because people think that in the absence of data it is proof of [the vaccine being unsafe]”said Westafer who received his vaccine.

She later added in the interview with MassLive that she thinks part of the problem with people not understanding the vaccine is the lack of understanding and “real questions” about its effects.

“It’s not motivated by real concerns,” Westafer exclaimed to MassLive. “People have a preconceived political or religious doctrine or idea and it has nothing to do with science.”

Westafer is still in the first trimester of her pregnancy and admitted that most women usually don’t announce until the second because of the risk of miscarriage. But she wanted to take the leap of the announcement while being vaccinated.

She has noticed that there are many other women who fit in with her and who would be worried about whether or not they should get the vaccine. Wanting to be transparent about her motivation and the things that would have changed her decision, she posted on her social media.

She pointed out that 80% of miscarriages occur in the first trimester and her concern is that these women are blaming themselves or relating to whether or not they took the vaccine if it was offered.

“A woman who ends up having a miscarriage should not blame herself and should also recognize that this is a common result of early pregnancy and not necessarily vaccine-related,” Schoenfeld stressed.

This is exactly the point of decision support that Schoenfeld reaffirmed. Although there is a lot of evidence that this vaccine is safe and effective in non-pregnant people aged 16 and over, there is very little evidence in pregnant women. Right now, it’s really on a case-by-case basis.

For this reason, a decision aid has been produced at Baystate by a team of doctors to define women’s options during their pregnancy and whether the vaccine is for them.

“There is no wrong answer [and] both options are reasonable, ”Schoenfeld told MassLive. “Although as a doctor in the emergency department, I want everyone to receive the vaccine, due to the lack of evidence, it is reasonable for pregnant women to decide not to receive it or to decide to do so. . But they should make that decision with as much information as possible.